Nobuo Okura (大倉 信夫 Ookura Nobuo) is an ordinary citizen who is randomly screened by a Psycho-Pass scanner and determined to be a latent criminal. The designation drives him to true criminal behavior with the abduction and torture of Chika Shimazu, an innocent victim whose Psycho-Pass clouds and crime coefficient reaches dangerous levels under duress. Okura is later killed by Shinya Kogami.

Okura is a male of average height and build in his 30's. He has dark brown eyes and dark brown hair styled into a flat-top crewcut.

Okura's personality may only be surmised from his behavior following his designation as a latent criminal by the Sibyl System. The sensitivity of the Psycho-Pass environmental scanners is such that it points to Okura as a weak-willed, self-centered individual who only obeys the law out of obligation rather than a sense of ethics or morality. His substitution of virtual-women for real women throughout his lifetime suggests a lack of social skills, an inability to establish and sustain a healthy sexual relationship and resentment towards women based on perceived rejection. Once freed from obligatory constraints, Okura exhibits psychosis, becoming violent, cruel and predatory towards his hostage without remorse.

Okura can also be seen as very desperate, unstable and unyielding when pursued by the Criminal Investigation Department. Nearly unaffected after taking a hit from a Dominator on it's Non-lethal Paralyzer mode, by Shusei Kagari, heavily implies drug usage which likely contributes to his psychotic behavior. 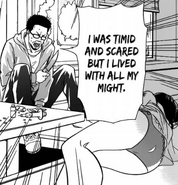 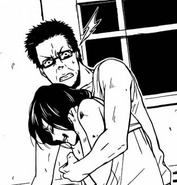 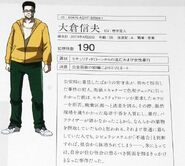