Psycho-Pass 3 is the official novelization for Psycho-Pass 3, written by Ryou Yoshigami. First volume it was released on November 20, 2019.

"A near future where people’s public safety is maintained by the enormous surveillance network called The Sibyl System, which quantifies the human soul. Day in and night, the police detectives pursue “latent criminals” before they can stain their hands with sin. As new Inspectors, Arata Shindo and Kei Mikhail Ignatov proceed their with their inquiry, beginning with the investigation of a drone plane crash transporting refugees and supplies. Behind the accident, they detect the shadow of an ingenious crime set up by someone…….

Questioning the value of law and justice, the story’s curtain rises."
(specific origin of citation needed) 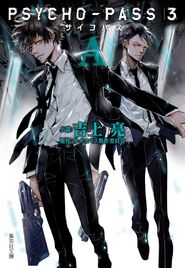 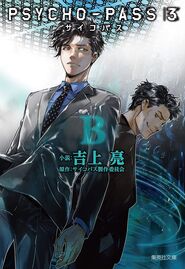 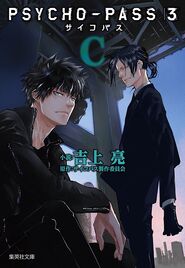