Psycho-Pass Extended Edition aired from July 10, 2014 as a recap of Psycho-Pass and background for the 2014 release of Psycho-Pass 2. The series cuts the original 22 episodes down to 11 one-hour (in fact, about 45 min) episodes (so, one episode of the Extended Edition comprises 2 Season 1's episodes) with new footage added alluding to events that can be found in the official novel. Generally, in each episode, there is a new scene at the beginning and another in the middle (which links the 2 Season 1's episodes).

The quality of the scenes is upgraded, with some major fixes of the bugs ‒ e.g. Episode 18 of the original edition ‒ and enhanced special effects, especially of the Dominator. 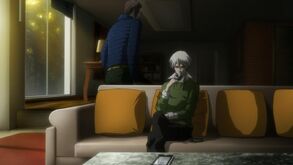 Makishima chatting with Choe at his residence. 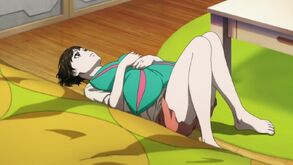 Tsunemori at home, wondering about Kogami. 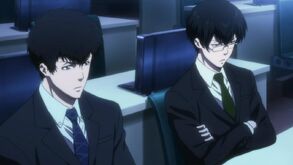 A 20-something Kogami and Ginoza in Prof. Saiga's class. 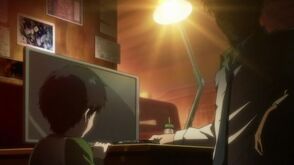 Masaoka showing his revolver to Ginoza in the safe house. 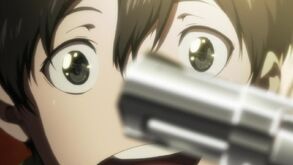 As a little boy, Ginoza is excited to see his dad's revolver. 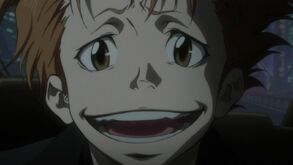 Kagari's unnatural smile to his partners. 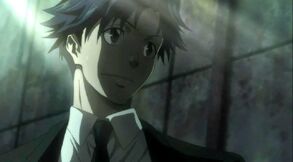 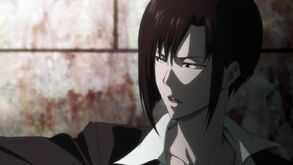 Inspector Aoyanagi, unwilling to kill her own boyfriend. 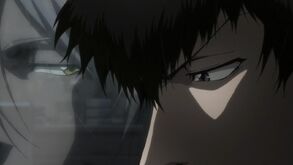 The illusion of Makishima appears next to the absorbed Kogami. 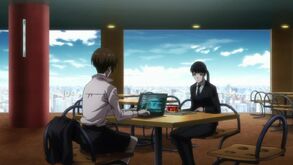 Kunizuka, eating udon while talking with Tsunemori about the former judicial system and more generally, why History is no more learned in the society ruled by Sibyl. 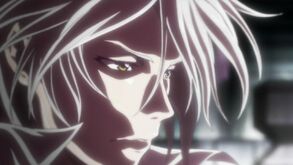 Makishima in his own dream.
Add a photo to this gallery

Retrieved from "https://psychopass.fandom.com/wiki/Psycho-Pass_Extended_Edition?oldid=18104"
Community content is available under CC-BY-SA unless otherwise noted.