Start a Wiki
The Sibyl System is the name given to a law enforcement organization operated in working in cooperation with the national government to manage crime in 22nd century Japan. It is the sole operator and manager of proprietary hardware and software used to analyze the criminal tendencies of the entire country's populace. The Sibyl System established the Ministry of Welfare's Public Safety Bureau and rules over its personnel, along with all Psycho-Pass technology and weaponry, with an iron fist.

The Sibyl System, also known simply as Sibyl, is a hive mind made up of "people" who, like Makishima, are criminally asymptomatic - unreadable by cymatic scan so their Psycho-Passes cannot be determined. There are 247 known members in total, with 200 of these members working non-stop to scan and determine the Psycho-Pass of everyone in the country. Originally developed as a tool to assist humans, Sibyl eventually took over and was accepted as a superior decision-making power because of its objectivity, thoroughness and accuracy, as well as the results it achieved in helping Japan become the only peaceful nation during a time of global strife. The actual mechanics of the system remain secret to non-members except to a select few, like Akane Tsunemori. It possesses near-invincible sway over society insofar that it can neither be recognized nor categorized by any method known except Sibyl itself and, to some extent, the criminal organization, Bifrost.

Sibyl's primary purpose is to maintain constant vigilence over the entirety of Japan's populace through cymatic scans of brain wave patterns which are analyzed to determine every individual's propensity towards criminality. Such analyses include determining one's numerical Crime Co-efficient, one's color-coded Hue as it changes within a specified time period and one's basic societal profile from birth to the moment of scanning. The data is processed and analyzed instantaneously to produce what is termed a Psycho-Pass.

While Sibyl is a hive-mind and a collective of personalities, certain minds can control android bodies and perform real world duties such as governing the Public Safety Bureau. Such is the case with the body currently serving as Chief of the Public Safety Bureau, Harumi Hosorogi. Thus far, only four other personalities have been seen to occupy Hosorogi's body: Kozaburo Toma, Misako Togane, Akira Karasuma and Joshu Kasei. The rest of Sibyl's members remain anonymous.

The most important qualifications needed to become a member:

Membership is determined by existing members who will use any means necessary to persuade you to join them. Once approved, your brain is surgically excised from your body, then housed in a unique container and integrated into the hive mind where your personality co-exists with other members. Members may participate in real-world activities by utilizing cybernetic bodies, such as that of Joshu Kasei. These bodies are constructed to be easily replicated and integrated with whichever mind it houses. The identities of the the Sibyl System members, with the exception of Kozaburo Toma and Misako Togane, remain unknown to date.

The system is named Sibyl after the "Cumaean Sibyl" of ancient Greek mythology. Known as a prophet with oracular powers, she was once mortal but wished to be immortal. She is granted her wish by the god Apollo, but her boon becomes her bane when she forgets to also ask for eternal youth. Sibyl eventually withers away to be tiny enough to fit in a jar, then hung from a tree where children below taunt her saying, "Sibyl, Sibyl, what do you wish for?" to which she replies, "I wish to die."[1]

This version of Sibyl is reinforced in two instances: the first during Tsunemori's first mission when Masaoka calls Sibyl's judgment an "oracle" and the second when Joshu Kasei declares to Makishima, "I feel like a prophet right out of a myth" during one of their conversations.[2][3]

The core is located in the deepest sub-basement of the NONA Tower. Sibyl does not rely on computers entirely, as was originally thought for, as Tsunemori learns, Sibyl is comprised of glass chambers, each housing a member's brain. The members have to discard their original bodies, so that their brains can work in the chambers day in and day out to scan and measure every person's Psycho-Pass in Japan.

In addition to just managing crime, Sibyl controls who can do what job after graduation. Everyone takes a Sibyl exam that determines what jobs they are eligible for and decides everything such as what industry you can work for and what professions you can or can't have. In this way they tighten their control. As has been stated by Rina Takizaki, there's not really a democracy anymore because Sibyl decides who the bureaucrats are. The officials elected by the citizens are just figureheads.[4]

Upon taking control, Sibyl closes the borders of Japan for both entry and exit by any and all individuals. This is done for several reasons:

In fact, when Sibyl was activated, many people were exiled: social critics, political groups, students, university teachers, and some farmers; basically, anyone deemed useless in the new order. 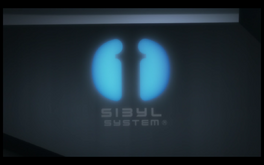 The logo of the Sibyl System, on the Dominator of Kogami (at the beginning of 0101 Crime Coefficient). 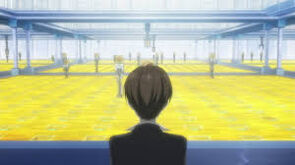 Tsunemori, when the Sibyl System reveals itself to her (in 0120 The Place Where Justice is Found). 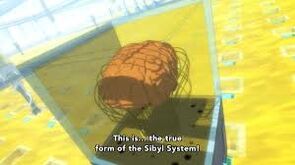 A moment later (still in 0120 The Place Where Justice is Found). 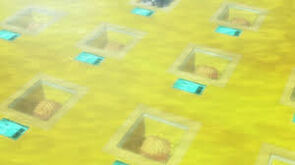 A closer view on the glass chambers which house a Sibyl member's brain. 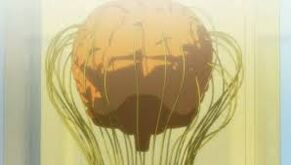 A Sibyl member's brain in its glass chamber. 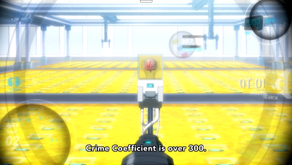 Kamui's Dominator is judging a member of the Sibyl System (in 0211 What Color?). 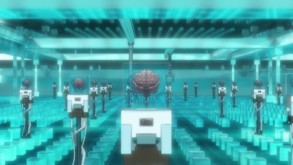 The inside of the Sibyl's Core (in Gekijo-ban: Psycho-Pass).
Add a photo to this gallery

Retrieved from "https://psychopass.fandom.com/wiki/Sibyl_System?oldid=21924"
Community content is available under CC-BY-SA unless otherwise noted.