Yuki Funahara is Akane Tsunemori's best friend. She is a therapist-trainer for a local gym.

Funahara is a young woman in her 20's of average height and weight with long brown hair and large brown eyes. She is fashionable and usually coordinates her outfits, even her underwear.[1]

Funahara is a cheerful and optimistic person, but also quite clumsy.

Funahara meets Tsunemori in middle school, starting their first conversation about how Tsunemori's hair looks like a "mushroom." They eventually become best friends.[2]

Funahara and Tsunemori have been best friends since middle school. She likes teasing her and is also a little envious of Tsunemori because of her good test results and healthy Psycho-Pass.[3]

Funuhara has a good relationship with Kogami, although it only lasted a short time. After witnessing Kogami defeat Senguji and after he helped her, she became kind to him, stating that if latent criminals are like him, she wouldn't mind being one.[1][4] 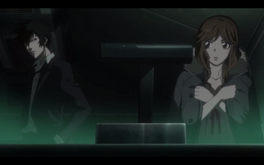 Funahara and Kogami, in the driver cabin of an abandoned underground train when it stopped, just after that Kogami was wondering if it was him and not Inspector Tsunemori, who is the real target of Funahara's kidnappers (in 0110 Methuselah's Game). 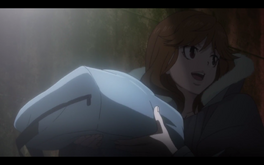 Despite of the opposition of Kogami, who had already guessed that it was a trap, Funahara went to retrieve the second bag anyway and by doing so she triggered the alarm off (still in 0110 Methuselah's Game). 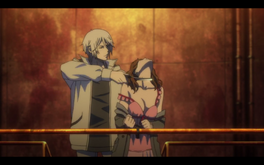 Because Makishima wanted to test Tsunemori's will and because she disappointed him, he is about to cut the throat of Funahara, Tsunemori's friend (using his straight razor), to "punish" Tsunemori (at the end of 0111 Saint's Supper).
Add a photo to this gallery

Retrieved from "https://psychopass.fandom.com/wiki/Yuki_Funahara?oldid=21895"
Community content is available under CC-BY-SA unless otherwise noted.